Skip to main content Skip to navigation Skip to footer

Putting the search back in research

A guide to finding your inner detective 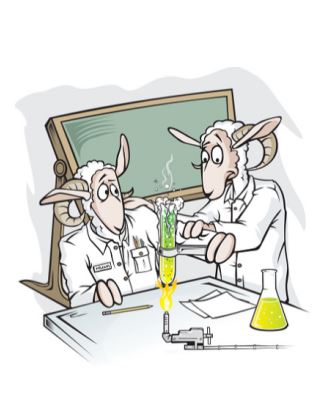 When teachers tell us to write research papers, the first thing that a lot of us might do is groan. But, research is something that we do all the time in our daily lives. For example, before deciding which laptop to buy, we look at the features of different models online and read reviews. Research done in an academic setting is similar to this, although more complex. In fact, we might think of academic research as detective work.

Research might not appear quite as important as detective work, but there are remarkable similarities between the two. Understanding these similarities can help us to become better researchers, allowing us to do higher quality research. Let’s take a closer look. 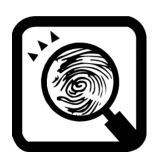 When you do research, you’re not simply finding a bunch of facts and quotes to support an opinion that you already have. Instead, you’re engaged in a process of investigation, as is a detective on a case.

Both the researcher and the detective use thorough investigation in order to discover something. Now, let’s break down the research process into steps so that we can see more clearly how it works.

The research process in four steps

For the detective, evidence consists of objective material and information. This can take many forms and be found in any number of places, depending upon the crime committed. In a murder case, a detective might look for fingerprints or hairs left by the killer at the crime scene.

Similarly, the researcher collects data, or facts, depending upon the question that he wants to answer. For example, a researcher might ask the question “How was Humphrey Bogart’s style of acting in noir thrillers influenced by his life off camera?” This researcher might then watch Bogart’s movies in order to get an understanding of his style of acting and read interviews with him in order to learn about his personality.

In detective work, some things can’t be revealed by evidence alone. The detective interviews suspects and witnesses, including people around the crime scene and those who knew or interacted with the suspects, in order to get a fuller picture of the crime, including the criminal’s past and motives.

In research, too, factual data make up only part of the equation. A researcher should consider his complex question and its factors from multiple perspectives. For example, our researcher seeking an answer to the Bogart question might read interviews with Bogart’s fellow actors and Bogart biographies in order to discover how other people have interpreted his style of acting and how it developed or how Bogart’s personal life affected his career.

At the same time that the detective gathers evidence and interviews suspects and witnesses, he weighs what he gathers and hears, asking himself hard but necessary questions. Do the fingerprints on this gun belong to the killer, or is the killer trying to frame someone else for the murder? Does this witness know more than he’s telling?

Like the detective, the researcher considers his data and sources. For example, our Bogart researcher might ask whether the glib way in which Bogart denied having struck a woman while he was drunk reveals that he was not necessarily truthful when discussing himself. Does this suggest that what Bogart said about the development of his style of acting is unreliable?

There’s no preset amount of evidence or number of interviews needed for the detective to solve the case. As he weighs what he gathers and hears, he must ask himself whether he has enough material to prove guilt. He should keep gathering evidence and conducting interviews until he has a sure solution to the case.

In the same way, the researcher keeps collecting data and consulting sources until he has a reliable answer to his question. For example, in order to answer his question about Bogart’s acting style and personal life, our Bogart researcher would need first to answer the question about Bogart’s possible deceitfulness, suggested by his drunken assault of the woman and later denial of it. Only once this is answered can he tackle the original question.